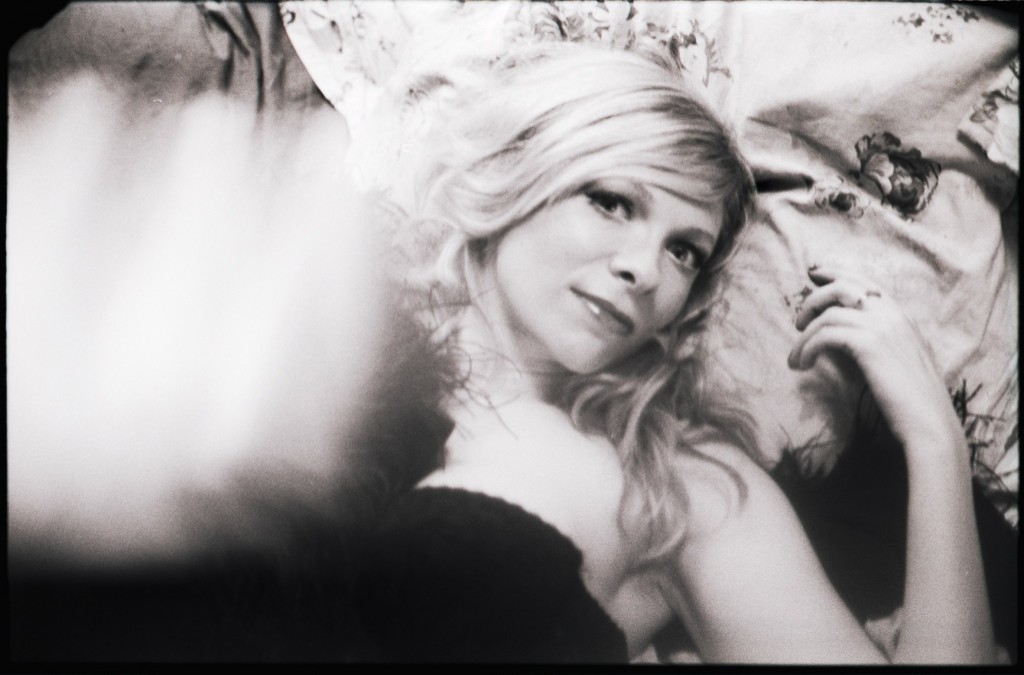 It couldn’t be down to sheer coincidence that London-based duo Sweet Tooth sound so of their environment that their smoky, sultry, swing-infecting music practically has smog oozing from its pores. Born of not so much a range as an argument of influences – a backstreet brawl of pop, jazz, dub, rock and burlesque – the resulting sound is so congested with the capital’s eclecticism it should have a big C stamped on it.

Not since Pet Shop Boys or St Etienne has a band so concisely rendered London’s multi-textured undercurrent with such evocative, sepia-soaked effect. Though, unlike their predecessors, whose sound elicited a more nostalgic tone, Sweet Tooth’s is more a cocktail of contemporary life in a capital steeped in multicultural juxtaposition.

Sit yourself down in a spot in London’s centre and the plethora of acoustics that issues forth – the jazz bar in front of you; the busking folkie beside you; the nightclub spilling out its colours behind you – is all bundled together in Sweet Tooth’s free-ranging, free-styling melodies.

That this music should be produced by an Australian in exile and a prodigal Londoner returning from a stint in the ‘colonies’ may perhaps be appropriate: sometimes, perspective is best achieved through alienation and reintegration. Lead singer Fleur (aka Fleurtini), the Aussie connection, feels London was a natural draw for her eclectic tastes.  “Small towns, like the one I’m from, are not the kinds of places where people appreciate difference,” she says. “I think London, of all the cities in the world, is one that embraces difference and eccentricity – and that’s wonderful.” 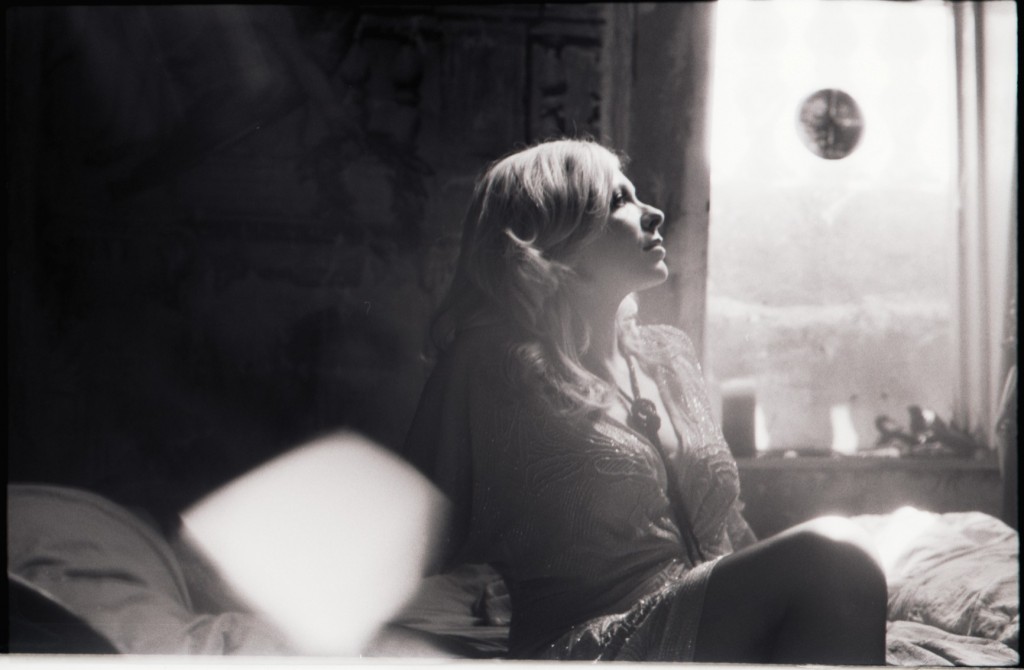 Having met London-based songwriter and guitarist Gavin Hammond in Sydney, the pair eventually moved to England, wherein they discovered different aspects of the capital appealed for different, but equally powerful reasons: the returning Londoner rediscovering his forgotten roots; the wide-eyed singer seeing – from a perspective she never knew – a place where she could finally be herself.  “You can be whoever you want to be here,” Fleur marvels. “And we both discovered that coming back. For Gavin it was a kind of homecoming, and for me it was like discovering where my true home always had been.”

The full story of Sweet Tooth and its principal architects is not a simple one, but one that bears testament to a fierce determination to extract the very best, both musically and personally, from life’s problems. That Hammond and Fleurtini used to be husband and wife is significant; that their subsequent relationship as collaborators, which appears to have forged a more spiritual and artistic dynamic between them, says even more.

Unlike other famously documented musical/marital break-ups – the acrimonious spite-throwing of yer Abbas and Fleetwood Macs – Sweet Tooth uniquely tells a tale of artistic endeavour fortified by the personal challenges surrounding it. As Hammond explains, the band exists through determination and commitment to make the most of the positives that can sometimes exist within complex frameworks.  “Being in Sweet Tooth is a bit like having to work it out for the kids,” he laughs with the gravity of one fully aware of life’s clichés. “It’s like our songs are our babies, and we have to make it work for their sake.”

Indeed, Hammond and Fleurtini’s musical backgrounds couldn’t be more discordant – the former’s whispery folk leanings contrasting heavily with the singer’s 1930s Shangri-la flagrance – but whatever paradoxes exist seem to create a dynamic that overthrows formula and accepted convention. And it’s this kind juxtaposition – this fusion of wills – that seems to have given birth to the unique, often devastating sound of Sweet Tooth.

Like the many other ‘personal’ albums that precede theirs – the aptly titled Everybody Wants To Be In Love – within the tracks themselves, there’s a palpable, confessional tenderness that reaches out to you with almost conspiratorial intimacy.  Indeed, with the song Everybody Wants To Be In Love – the most evocative rendering of London’s lovelorn undercurrent ever put to tape – the album possesses a centrifugal point – a musical catharsis that anchors the album’s surrounding tales of personal tribulations. 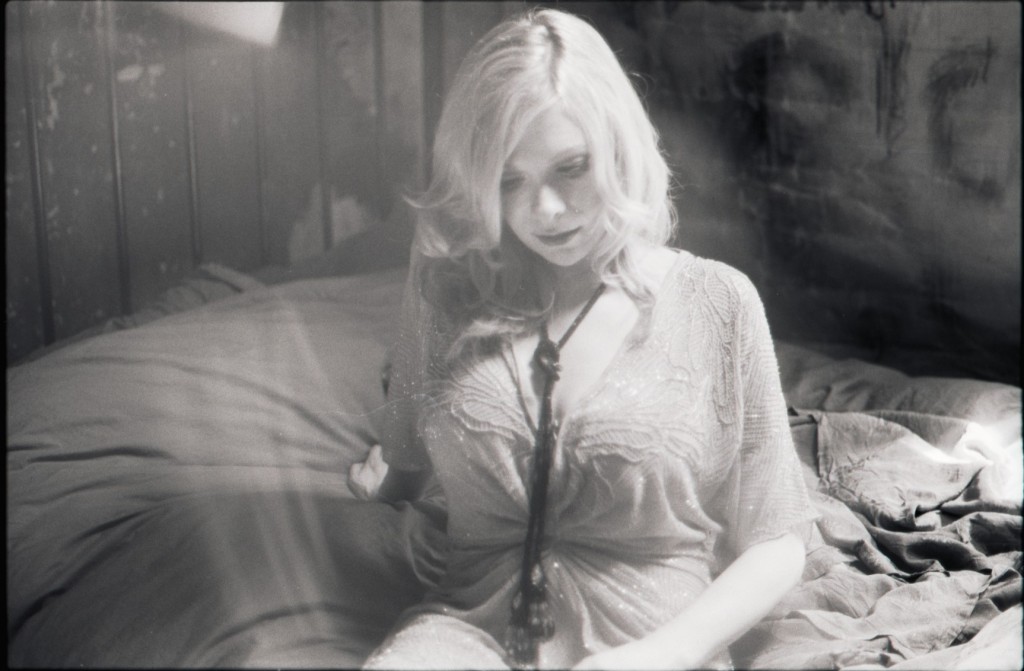 From this centre, the duo, for once, project themselves outwards, discovering that the turbulence of longing is simply a component part of life. Within this haunting, utterly enchanting track, you can almost feel yourself, side-by-side with its writers, surrendering to the beautiful, orchestral folly of it all.

With its accompanying comic-book animated video – which has so far received over 90,000 hits on YouTube and Vimeo, and been featured on websites, blogs, TV shows and magazines from Paris to New York and beyond – the empathy seems to spreading. Indeed, there’s something about Sweet Tooth, in all its palpable intimacy, that seems to challenge you: nothing specific – just challenge.

With something that contains such a kaleidoscopic range of musical influences, forged together in spite of difference, open-hearted lyrics and bare-faced candour, this is music with which you are helpless but to empathise. In a world of heartbreak and suffering, positives and negatives are a marriage in themselves, and only acceptance and reconciliation will win through.  Hammond sums it up perfectly: “Our differences were an issue when we were together as a couple, and they’ve become a positive in a working context. In a musical sense, I think it’s the same with all bands – there has to be that conflict.”

Some things are just meant to be – even when they’re not meant to be. But it’s the process of discovery that makes you alive.